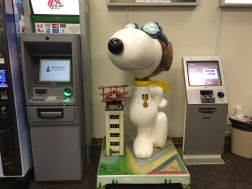 Charles M. Schulz Airport is exciting for families and children, especially
Now that we get to fly on non-stop flights from Las Vegas, while our friends stay in the house, the weekend trips are a winning prize to look forward to after working throughout the weekday. In an hour, we are in the Sonoma County Wine Country. Charles M. Schulz characters, Charlie Brown, Snoopy, Linus and Lucy greet us with open arms as we seeing the lakes, forests, wine country and feel the fog from the ocean air.
Santa Rosa, Sonoma County, California now has non-stop flights from Las Vegas, Nevada.