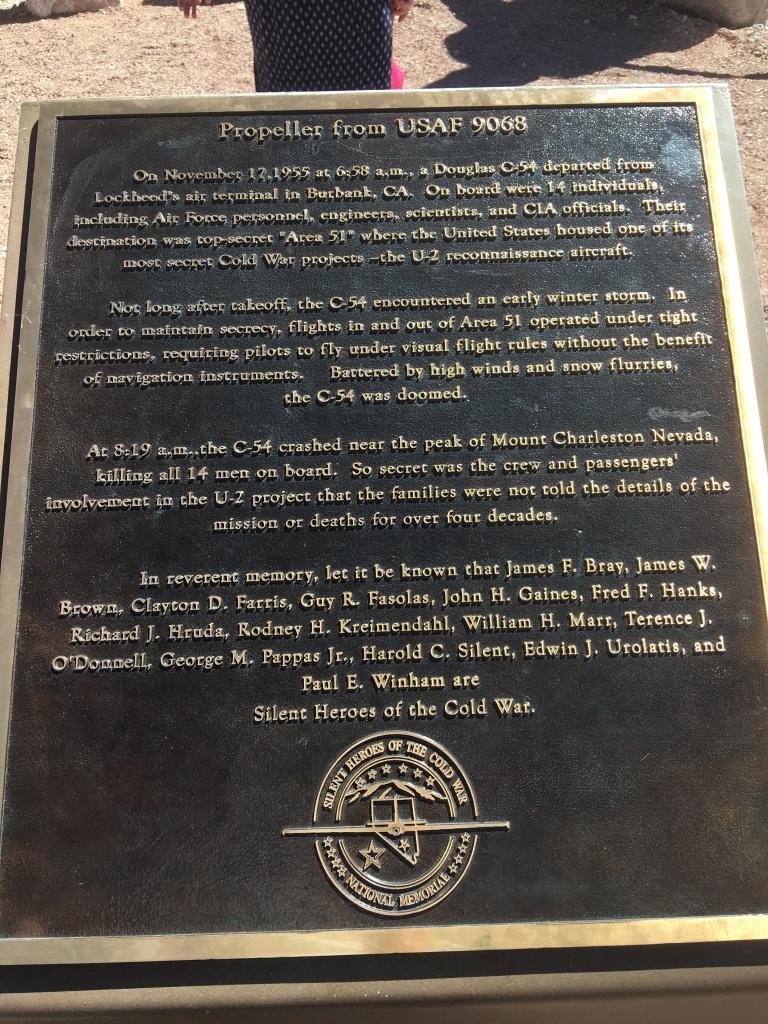 Special thanks to Ken Walther for telling us about this memorial when he was telling us his stories about working as an Instructor with the CIA.

Ken helped to build this dedication to the heroes.

Dedicated to the Silent Heroes of the Central Intelligence Agency CIA

During World War II, the United States and its allies and the Soviet Union and its satellite states were united against a common enemy. Their alliance was formed to stop the advance of the Nazi war machine sweeping Europe. When the war came to a close in May of 1945 diplomatic relations between the United States and the Soviet Union became tense. Dividing the spoils of war began to dissolve the tenuous bond that once held together capitalism and communism, two ideologies that couldn’t have been further apart. Although the two superpowers never engaged in actual warfare, an unknown number of lives were lost in this conflict that took the form of political maneuvering, propaganda, arms buildups, coalitions and proxy wars.

The cold war was not only the longest and most costly war in American history, it also posed the greatest danger our country and the world ever faced. For the first time weapons existed with destructive power capable of annihilating most of the world’s population. Someone once compared it to several men standing waist deep in a room filled with gasoline, each man trying to stare down the others as they struggled to hold the most matches. Had any one of them struck a match, all would have gone up in flames. Mutually assured destruction was guaranteed.

That America emerged victorious from the cold war was due largely in part to those who worked in secret. Without their contributions, the cold war could very well have had a different ending. To ensure the continued safety of our country many of their contributions were purposefully left out of our history books. We now share an obligation and a responsibility to honor these secret heroes by telling their stories and giving them their rightful place in history.

The inspiration for this National Memorial started on November 17, 1955 at 7:25 a.m., a USAF Military Air Transport Service aircraft took off from Burbank, CA with an air force crew, Lockheed and Hycon engineers, CIA personnel and scientists bound for Watertown, now known as Area 51. At 8:40 a.m. the aircraft was first reported missing. The full story of the fourteen men aboard and the U2 reconnaissance plane they helped build remained classified for over 40 years. Also classified as top-secret was the account of the men who risked their lives while they braved subzero temperatures at 11,500 feet elevation to attempt a rescue on Mount Charleston. Now, over four decades later, the time has come to tell one of the most intriguing stories of the Cold War. We honor these men and the hundreds of individuals who have worked in obscurity during the Cold War, many of whom have paid for our freedom with their very lives.